Graduated with a BA from N.C.A.D in 2007 after which she completed a Masters in Fine Art at Camberwell College of Art in 2012. She currently lives and works in London and has a studio at Mother Studios in Hackney Wick. She will be co-curating  the ‘Implicated’ exhibition with Jill French.

Graduated with a BA in fine art printmaking in 2009 before completing a Masters in Fine Art in NCAD. She was a resident artist in Steambox IMOCA in 2012/13, where she also took up the position of management technician. She will be co-curating the ‘Implicated’ exhibition along with Emily Bruton.

Graduated with BA (Hons) from N.C.A.D  in 2006 before completing an MAFA in Chelsea College of Art in 2011. She is a co-founder of the Collective Scissors|Cuts|Paper. She lives and works in London. She will be exhibiting in ‘Implicated’ this October.

Lauren Brown is a London based Australian artist who completed her Masters in ‘Art in Public Space’ in Melbourne 2009. She recently received funding from the Australian arts council to fund her work in London. She will be exhibiting in ‘Implicated’ this October

Graduating with a BA in Printmaking in 2002, Jennifer went onto complete a Masters in Fine Art from N.C.A.D in 2008. She was recently awarded an artists studio space in the RHA school Dublin. She is based in Dublin. She will be exhibiting in ‘Implicated’ this October 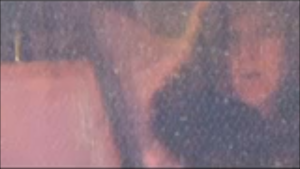 Graduating with a BA in Fine Art from Hertfordhsire University in 2011, Billy is currently completing a Master of Fine art at Chelsea College of Art and will graduate this September. He is based in London. He will be exhibition in ‘Implicated’ this October.